Isabelle Courtney-Guy Consulting is an international team of highly experienced human beings who happen to be great coaches, consultants and subject matter experts that found when they got to work together  share a real joy in making a difference to clients through brilliant relationships and commitment to impact, and we experienced really loving working together as a team.  We all bring a deep listening and coaching approach with our subject matter expertise. We are asked by our clients to support organisational cultural transformation in areas such as the transition to a focus on the triple bottom line, Purpose, Planet and People and Safety Culture and Leadership. They come to us with particular challenges or pain points and we work with them to transform these into breakthrough results. We co-design programmes that integrate existing organisational strengths and structures, and complement these with our approach to take  performance to the next level. We are know for our profound impact on how your teams relate to each other and come together to produce breakthroughs. To find out more about how we do all this, invite us into  conversation - conversations that move things forward are our specialty.

Achieving Impossible: Safe, On Time, and Happy Together in North Africa

An example of our consultant experience

How do you create a safe, happy, high-performing team out of thousands of people from 7 subcontractors, too many countries and cultures to count, in an environment not always characterized by adherence to safety standards?

The head of the senior leadership team of the Engineering, Procurement, Construction contractor for an energy project in North Africa employing 4,000 – 10,000 people at various stages had a clear vision to accomplish something extraordinary on the project and aspired to these outcomes:

“It seemed like a stretch” doesn’t begin to describe the gap between reality and the desired goals. In truth, few people though it was possible.

Combining many different cultures and languages posed constant communication barriers, as well as the expected differences in perceptions of time how and what to communicate. The division between expats and locals was especially prevalent. It wasn’t simply a matter of language or cultures; reliance on inexperienced local workers meant wide variance in knowledge and skills in the field.

Senior management from sub-contractor organisations joined the Senior Leadership Team at different times throughout the project, creating a challenge in keeping the top team aligned. They’d not all been present for the launch stages of the project and the creation of its’ ambitious goals and vision. Their organizations also had differing norms and practices. What many of them shared was a low level of trust in local workers and a hierarchical command and control leadership style, both of which were conditions which would have easily served to widen divisions over the course of the project. The project also faced some breakdowns in relationship between departments with what seemed like competing prioritisations and the beginning of polarisation.

How to approach such an ambitious project culture creation?

Right at the beginning of the project we worked with the key stakeholders, including our client’s client, to set the project up for strong performance, aligning on their vision and a building a whole systemic view of the project. From that point of alignment, it was possible to co-design a comprehensive programme to support their ambitious vision, taking into consideration:

We acted as a bridge continuously listening for the emerging needs of the project, working adaptively with key stakeholders to redesign when appropriate for continuous best fit. The client was surprised by the impact of this process. Meeting them where they were to support them in bridging the gap to their committed vision produced results that exceeded expectations.

Taking a systems approach, and a macro view of the project we observed all sections and levels, looking at the quality of their relationships with each other and identified the natural influencers and leaders as they emerged from all levels and areas of the project. We supported the leadership team in developing this type systems perspective for themselves to sustainably drive their management and decision-making. We walked the halls and the site, sat in on team meetings, listened at all levels to what coaching, training, and designed conversations were needed as the culture developed. We used an integral approach – looking at how the systems and processes interact with the culture and behaviour – with a coaching style at its foundation. We worked with the key stakeholder in 1:1 coaching and feedback to support him. His goal was to continuously raise the level and fluency of his leadership to fulfil on his original source vision for the project, ensuring that how he showed up as a leader each day was a match for his intention. This coaching approach was flowed through the whole Senior Leadership Team and key project influencers.

As part of the solution, we trained leaders at various levels of the project, including Supervisors to use coaching and feedback skills and include discussions on team performance and culture when they ran meetings. We also developed of a group of Champions drawn from a mix of client and sub-contractor organisations as well as various levels of seniority. We trained them in coaching and facilitation skills and developed their Champions mindset and way of being through transformational conversations. They served as Ambassadors and delivered highly engaging, adaptively designed training conversations that raised awareness on the already known challenges and priorities, as well as well as provided opportunities to listen to uncover emerging issues and blind-spots, highlighting for the project leadership the next area of focus to foster improved performance and a happier workforce.

A significant part of our work involved listening for:

We also designed and delivered transformational, interactive workshops for the group to:

The project achieved exceptional performance in every metric - there were no lost time injuries and it was on time. Perhaps even more remarkably, leaders report that it was the first project that ever felt like a family, where people were smiling on site and the ambitious vision was alive for everyone from drivers to top management.

Maintaining relationships was not always easy – there were breakdowns – but there was also a commitment to a larger vision and the critical importance of relationship that helped when breakdowns in results and relationships occurred. In fact, the positive way in which breakdowns were resolved led to increased trust and results over the project lifecycle.

From an environment that had struggled with a lack of trust arose the opposite – unprecedented collaboration and support between sub-contractors– lending each other equipment, and adaptively planning together to accommodate changes.

The Health, Safety, and Environment team went from being seen as “police” by workers and construction teams to being seen as partners.

The senior managers and the client on the project went from being regarded by supervisors and workers as aloof and rarely visible on site except when something went wrong, to stepping into supportive role model, regularly walking the site, holding active appreciative conversations, asking questions and actively listening, helping resolve challenges, removing roadblocks and everyone knew their name!

The attitude all members of the project skyrocketed, this was demonstrated throughout the project by workers seeking out opportunities to learn, clamouring to be able to participate in trainings and workshops. There was strong lived value of care and concern for safety and quality – for relationships, for communication, for planning, for execution.

The project fostered great relationships with the local community hosting several events and sponsoring community initiatives, local people working on the project described an immense sense of pride in being a part of it.

The project became famous in the country with people making contact from all over saying they had heard about its remarkable culture and requesting to be a part of it.

The leadership team emerged as strong and cohesive, able to adapt, creative and bold in their vision and the actions they took. Over the course of the project they challenged even their own assumptions about what was – and wasn’t – possible.

"This was my 4th project here. Previous projects took more than double the time planned; on this project we’re ahead of schedule because of the quality of relationships we have built within the senior leadership team and between all the sub-contractors, this has been the biggest benefit of the programme."

"This is such a special project - it is the first time that I walk to the site and I see people smiling while working. The programme on our project helped us galvanise around common values, people feel the sincerity of our values, that they belong and are part of the family. The thing I like the best are the results of the programme – we have efficient teams, good progress – we are on time!"

Our mission now at APOGEO is to take what we’ve learned working in high stress, complex, large-scale projects and apply it to support global leaders serving the greater good. This means bringing expertise once only available to the wealthiest and largest companies to humanitarian, not-for-profit, and mission-driven social enterprises as well as legacy, market-leading companies in the midst of radical transformation. We support leaders through deep listening, systems leadership, and developing and delivering programming that gets employees at every level of an organization engaged, inspired, and aligned.

We believe that an organisation that is clear about its vision and purpose is one that will have the most engaged, innovative and productive people. If you are seeking to engage in the big question of what the your organisational purpose is and how you can create a culture that supports making that purpose a reality, we have a highly passionate and experienced team to support you. We love stimulating and leading powerful and insightful conversations that crystallise what you say your teams are up to in the world. We will work with you to create a tailored programme that develops the right qualities of leadership that correlate beautifully to the culture you want to birth. We will co-design a system structure that includes the development of the right internal resources and skills that will enable you to continually develop and evolve your culture. We keep at the heart of it all, the intention to your keep your people awake and connected to why you are in the business you are in. Lets start the conversation to see what is possible now.

Creating a potent path for Leadership

We believe that leadership development works most powerfully when closely aligned with your organisational vision and direction. We love to create bespoke programmes to support the development of a an aligned culture. We think that leaders who are curious and committed to creating environments around them that foster engagement, innovation, collaboration and alignment, based on a solid foundation of trust, are the ones that create sustainable high performance and outstanding results. Leaders set the tone and give direction, all those around them observe their behaviours and ways of being. Their influence can transform performance in a moment. Our development programmes are designed to suit the group we are working with, be it C-Suite or emerging leaders. We believe they all have a critical role in manifesting what the beating heart of your organisation really wants. We listen to the relationship systems of your teams and design programmes that work, matching where you are right now and setting you on a clear path to get to where you want to be.

“Even if you are on the right track, you’ll get run over if you stay where you are.” 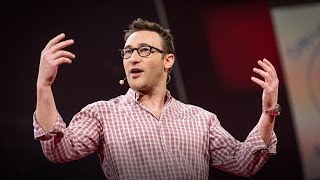 Radical wisdom - an inspiring example of Conscious Leadership and an Integral approach.